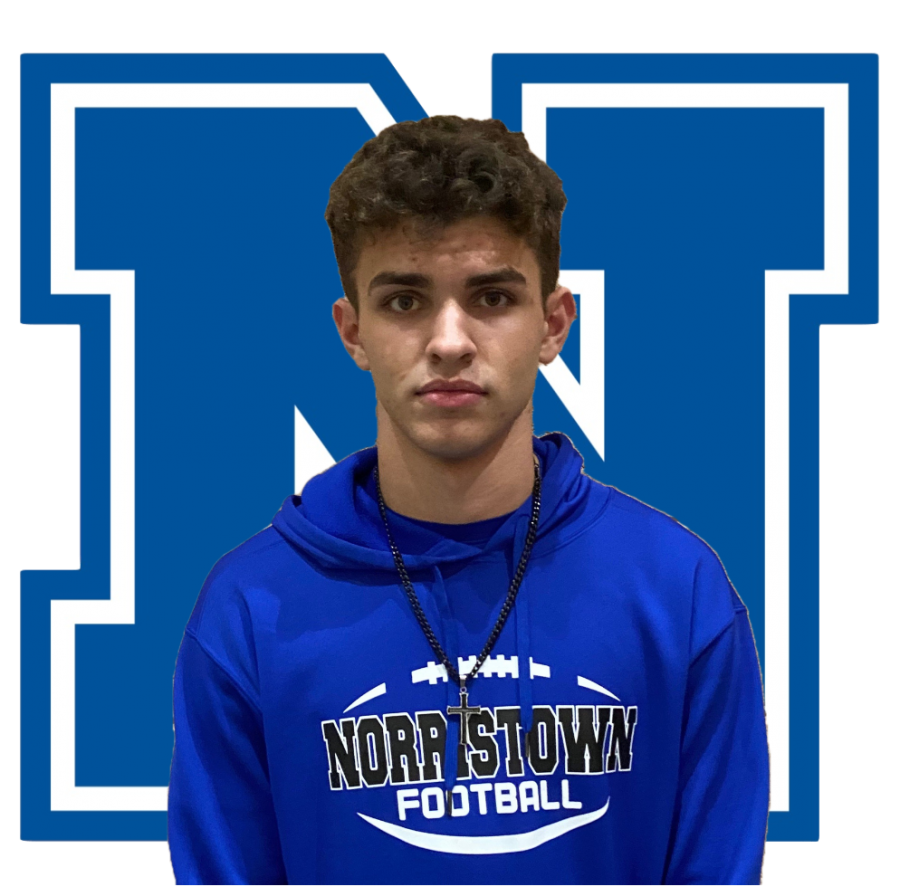 Bryce Allen believes he has something that distinguishes himself from the rest of the Mr. Norristown contestants. “I’m different because I’m an interesting person, and I’m not really like anyone else in the room,” he said. Allen describes himself as an outgoing, athletic and an all-round good person.

His older brother Koby won runner-up in Mr. Norristown and Allen said he just wants to finish what his brother started. He has watched the contest over his four years of being in high school and always thought it would be interesting and cool to join, especially along with his friends.

Allen’s hobbies include football, and listening to music, especially his favorite artists, Tupac and Biggie Smalls. Allen considers his past four years at Norristown Area High School “amazing” and everything that he has experienced has left no room for complaints. “I can’t thank Norristown enough for everything they have done for me,” he said.

His biggest inspiration has been his family because they overcame many obstacles, managing to stay together as a family.

After he graduates high school, he plans to play football in college on a partial scholarship to the Mansfield University of Pennsylvania with hopes of majoring in teaching or communications. “I’m looking forward to playing football, but looking forward to the summer before going away and just having fun with my friends before I go away to college,” said Allen

Before Allen graduates, he wants the underclassmen to “do as much as you can throughout high school because it goes by so fast and the next thing you know, you are walking across that stage.”

Winning Mr. Norristown would be an incredible accomplishment, but Allen states that it would also leave his mark on Norristown. Allen won’t give away anything about his talent, so I guess you will just have to come and watch Mr. Norristown yourself!