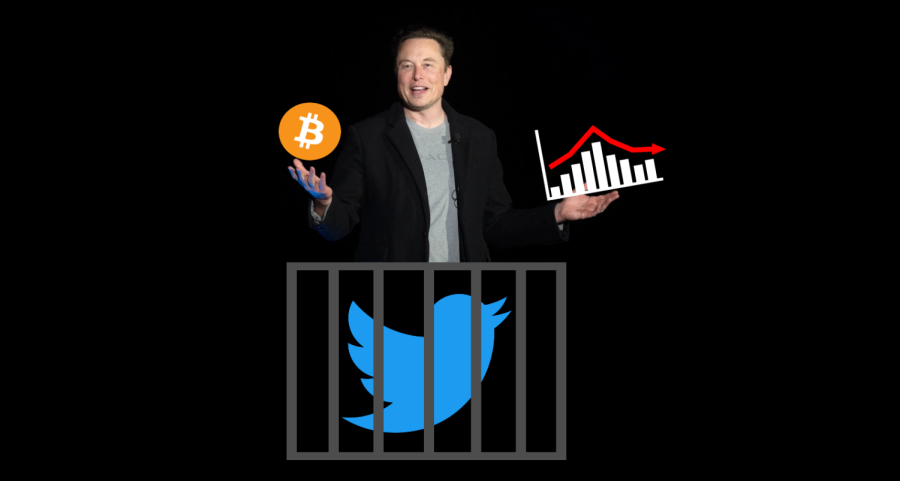 Corporate tech executives buying up social media companies on a whim sounds like it could be the beginning of a bad dystopian YA movie. Yet on April 4, Elon Musk purchased 9.1 percent of Twitter’s stock (TWTR) for $2.64 billion, making him the largest shareholder and adding fuel to the fire of that bad movie we’re all living in. After a few long weeks of bullying the executives at Twitter, buying enough shares to become the largest shareholder, and then bargaining for the entire company, Musk acquired Twitter entirely for $44 billion on April 25 after heated talks with the current executives at Twitter.

Elon Musk had become known as the figurehead of Twitter long before the buyout. Musk has a long and sordid history with Twitter. Joining the platform in 2009, Musk has been on the site for over a decade. His time on the site is filled with trolling, political commentary, jokes, and not-so-subtle advertising. For example, on multiple occasions, Musk has sent Bitcoin trading prices rising and falling, like on June 4 2021 when Musk tweeted out “#Bitcoin ₿ 💔 ” with a meme attached below referencing a Linkin Park a song. The stock subsequently fell from trading at 36,861.79 USD to 33,404.62 USD within a less than a week. This may not sound like a huge fall, but this is just for trading a singular Bitcoin(BTC), so if you own multiple in a portfolio and you wanted to sell your shares, you’re in trouble. But if you think Musk was manipulating stock prices and buying out companies for billions of dollars just for laughs, you’d be sorely mistaken.

On April 13, in a Securities and Exchange Commission (SEC) filing, Musk said of purchasing Twitter, “If the deal doesn’t work, given that I don’t have confidence in management nor do I believe I can drive the necessary change in the public market, I would need to reconsider my position as a shareholder.” He then follows that up with this: “This is not a threat, it’s simply not a good investment without the changes that need to be made.” If you have to clarify that something isn’t a threat, it sure makes it sound like a threat. A stark contrast to the laid-back persona he puts on for his Twitter fanboys.

Social media is a powerful tool for any company, but few brands rely on social media marketing as heavily as Musk’s personal brand. Over the years, Musk has crafted a public image for himself online, largely using Twitter, depicting himself as little more than a funny, edgy dude on social media. Looking at his tweets from the viewpoint of a standard Twitter user, tweeting to the effect of “Next I’m buying Coca-Cola to put the cocaine back in” would probably pass as a funny Musk moment, but it goes much deeper than that. Musk has managed a feat that few have accomplished: he’s merged his business ventures and his personal image seamlessly while somehow keeping them separate enough to not cause blowback for his businesses. Like, when you see a Tesla(TSLA) on the road, you might think of Elon Musk, but unless you follow his Twitter closely, you may not think of all of his weird tweets.

What we forget when we create parasocial relationships with famous people online is that they are not here to make friends; they are here to increase brand awareness, stock prices, and sales. And that’s exactly what he does every time he sends out a tweet. On Feb. 8, 2021, Tesla announced its purchase of around $1.5 billion dollars worth of Bitcoin, sending the price shooting upwards from 38,641USD to 46,878USD within the day.  Musk also owns considerable shares in multiple cryptocurrencies, including Bitcoin, Dogecoin(DOGE), and Ether(ETH) (those are the ones that we know of), so Musk benefits financially from the hype that he creates. In a normal stock exchange, this would be called a pump and dump scheme, which is illegal and can land you with jail time or heavy fines. We see these pump and dump schemes increasingly in the cryptocurrency sphere. But in contrast to the stock market, cryptocurrency scams are hard to catch and loosely regulated 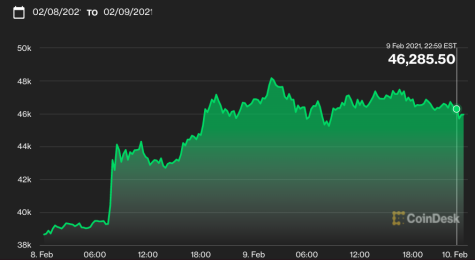 On May 3rd, 2022, Musk changed his Twitter profile to a picture of a Bored Ape Yacht Club owned NFT (Non-Fungible Token), subsequently getting himself into a Twitter fight with the creators of the NFT. But, this argument sent the company’s (Bored Ape Yacht Club) cryptocurrency, ApeCoin, rising at 7:00 am to 17.49USD from 14.51USD per share an hour before. Musk does not even have to say the words “go buy this” to get his fan base to jump on a coin and send the price skyrocketing. This phenomenon lets Musk skirt the already blurry laws around pump and dump schemes.

Musk claims that the reason for his purchase of Twitter is to implement his version of free speech. In a tweet, Musk said, “Twitter has become the de facto public town square, failing to adhere to free speech principles fundamentally undermines democracy.” Musk sure talks about upholding democracy a lot for a guy whose company has been accused of using metal mined with child labor multiple times. If Musk gets a hold of Twitter’s platform policies and terms of service, it is more than likely that he will be increasingly lenient on Terms of Service violations. What Musk wants is to bring back the golden days of the internet, when anything flew without consequences and places like Twitter were a public stomping ground for anyone with an idea. His buying Twitter would also eliminate any possible fears of him about being booted off the site, like a certain other particularly outspoken and powerful regular.

Musk buying Twitter is more than what he says on the surface; in reality, his concern for other people’s free speech on Twitter is little to none. What Musk is looking for is a no-rules, free-for-all for his own personal echo chamber on Twitter, and luckily for him, he’s got the money to finance it.