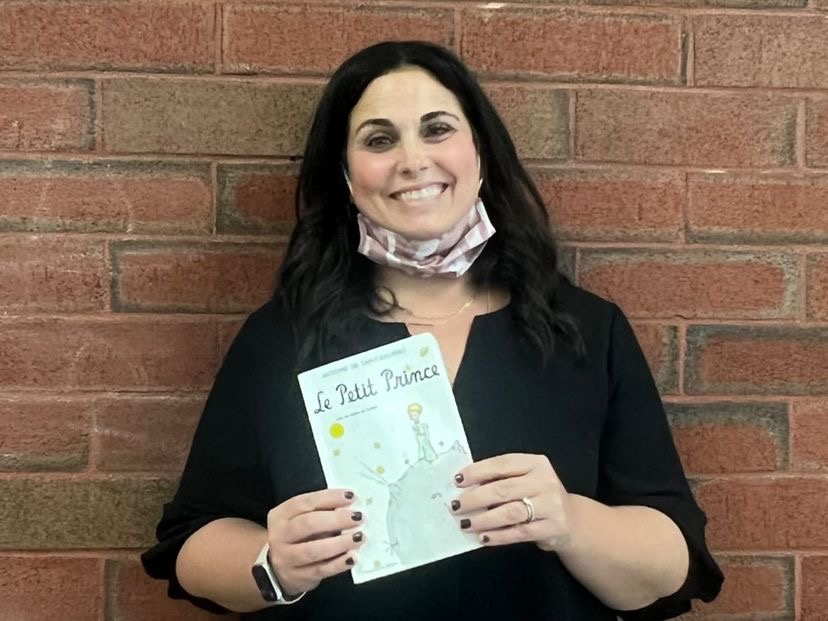 Madam Shahin expresses that the fight for equal rights in France is not the same as the United States.

In recent years, there’s been growing awareness every day of the struggles of marginalized groups and their fights for rights and justice. Every day we learn more about the perspective of minorities in America through news outlets and especially social media as minorities are able to get their voices across more and more, but many people don’t pay attention to how this fight for rights continues in other countries.

As someone who has been learning about French culture my past three years at NAHS, I thought it would be interesting to talk with Madame Jen Shahin, a French teacher at Norristown Area Highschool who has lived in France, often visits France, is a strong ally of the LGBTQ+ and Black community, about the differences between how France and America take action amid the growing awareness of minorities’ concerns and voices.

In France, people’s perspectives on the use of they/them pronouns for non-binary folks differ between ages just like they do in America. “Your older population, the ones who maybe are not as aware, they are still struggling with the idea that we have a need for other pronouns other than he or she. The younger French people, they are the ones pushing for gender neutrality and for recognizing that we have non-binary people.” Shahin said.

France has also begun celebrating pride month and other annual holidays. “France definitely does things with pride month, I know that, as far as Black History Month, certain people are working towards the awareness of it,” Shahin said.

Shahin also spoke about how students’ education here and in France depends on their community. Here in Norristown, we have gotten a lot of exposure and experience with Black history month, Hispanic heritage month, etc, but schools 20 minutes down the road with predominantly white students do not talk about these holidays to the same extent we do, and France is in a similar state.

Shahin mentioned many times that France seems to be in a similar position as America on many topics, but France is a much more religious country and much smaller than America. France is also behind with technology and keeping up with what’s going on in other places in the world, which plays a part in why France seems to not be as progressive as America.

“South Korea and America are younger than France and other European countries, so they don’t have as much history,” said Shahin. “You go to France and you see all these monuments and museums. They’re deeply trenched in their culture, and we don’t have that because we’re several to hundreds of years younger. They’re trying to figure out preserving their own culture while also opening their eyes to American trends and where they come from.”

France has had time to ingrain its ideologies and culture, the people don’t talk about race as often as we do, they don’t even compile racial statics. In America, some people may have grown up on certain ideologies (like backing the blue, marriage laws, and so on) but many, many people did not have things like religion and culture taught to them, but in France they did. This is why it’s easier for us to question our authorities and change our systems because this younger generation wasn’t growing up with certain opinions ingrained into them.

Specifically, in the Norristown curriculum, we learn about slavery, African American history, and women’s rights, so in many students’ minds, these are things we are adamant about changing because we know the harsh history. During the interview Shahin had mentioned, there are parts of France where they learn their more gruesome and non-white-washed history, but The United States is a much bigger country, which is why we’re always faster about making a change when it comes down to our rough history and inhuman treatment of citizens.

We’ve also been faster about our changes in our government offices. In the United States, Women have been serving in our congress since 1917 but in France, women have been able to serve in congress since 1944. This is changing, however. Of France’s recently elected lawmakers, 233 out of 577 were female, which is a new record.“I think the older generation wants to maintain a certain hold on their power,” Shahin said. “Because when they have to start giving up their power because there are women in power, disabled people in power, people of color of power, it’s like… where’s all the power left for me?”

In both France and America, our older generations of straight white men struggle to share their power with this new group of LQBTA+ kids, Black kids, Hispanic kids, disabled kids, and many others who know how to use their voices.  Many of these people in power live in fear of losing it because of the mindset they’ve created that they will lose this power, but in reality, the only thing this new generation of voices is affecting is the new generation, and this variety of voices will benefit everybody.