12 THINGS YOU DIDN’T KNOW ABOUT HALLOWEEN 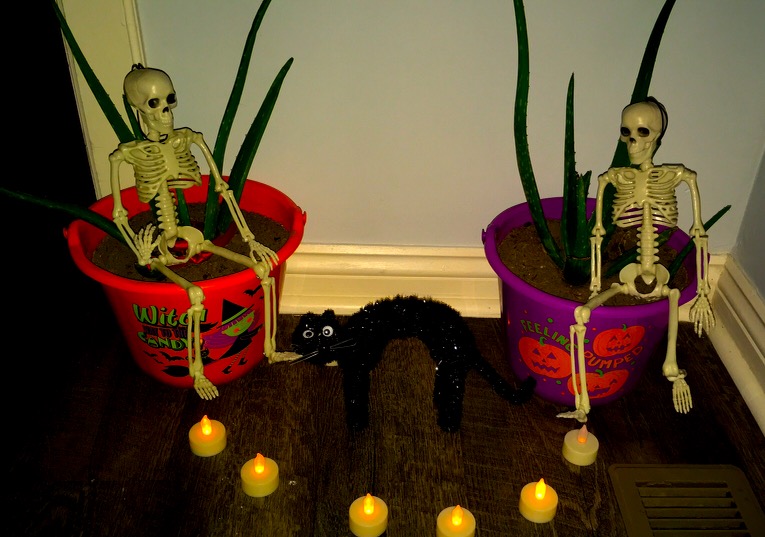 Halloween is just around the corner. And before you know it, the kids in their costumes will be knocking on your door demanding “trick or treat.” But Halloween wasn’t always about asking for candy and getting into mischief. Believe it or not, it has many years of life and many pagan traditions in its background. Today everyone is looking their best with costumes or decorating pumpkins, and it’s easy to see why Halloween is one of the most anticipated holidays for children, especially in the United States.

Here are some facts that you probably did not know about Halloween:

Halloween has its origin in the ancient Celtic festival of “Samhain,” the celebration of the  end of the harvest or summer season.
The Gaels believed that on October 31, the boundaries between the world of the living and the world of the dead were blurred a bit, and the dead were brought back to life and wreaked havoc among the living. They were said to wear costumes to scare the dead and to avoid being recognized by evil spirits.
The amount of candy consumed is wild, as the average American is estimated to eat 2.8 pounds of Halloween candy. It would be like eating the brain weight of a 6-year-old.
Did you know that the celebration of Halloween is about 6,000 years old, and although considered American and its origin was in Ireland in 4000 B.C.


Although the movies always show a full moon on Halloween, it is very rare to see one on Halloween night. Although last Halloween, a full moon could be seen.  Strange, right?
Halloween is not always celebrated through witches, black cats, scarecrows, or pumpkins. Mexico, for example, acquires a different touch, celebrating with an offering for its deceased, and adds two more days: “All Saints Day” (November 1) and “Day of Souls” (November 2).
The legend of “Trick or Treat” is closely related to the protagonist Jack O’Lantern, who was a spirit that roamed through towns and villages, going from house to house asking precisely “Trick or Treat.”
There is a custom in Latin America where the poor knock on doors on Halloween and November 1 (All Saints’ Day), reading prayers for the dead for some food.
The colors of Halloween are orange, which represents autumn. and black, which represents darkness.
In Switzerland, the world’s largest recognized Halloween pumpkin was grown. It weighed 2,096.6 pounds!
It’s bad luck if a  black cat crosses your path on Halloween. Although in other countries like England, the black cat brings good luck.
The meaning of Halloween is ‘All Hollow’s eve,’ which comes from Old English. You’ve probably misspelled it all the time, and yeah, so have we. The correct spelling of Halloween is actually Hallowe’en.