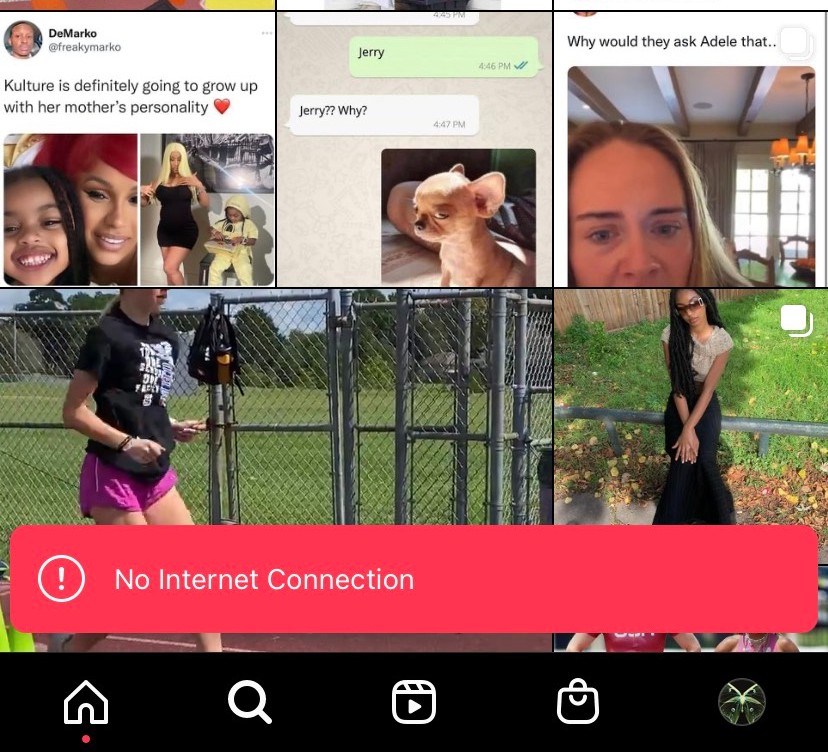 The removal of the school's guest WiFi causes an uproar in the students.

The loss of the guest WiFi, the only public WiFi in NAHS until recently, caused an uproar when it was locked to students and faculty members last Thur. Oct. 7. Instagram flashed with “No internet connection,” Imessage was continuously loading, and you could hear students asking “Anyone have a hot spot?” in even the loudest classes.

A petition titled “Bring Back Student WiFi” currently has over 600 signatures. Jarrell Flippen, Norristown sophomore and creator of the petition, stated that it started as a simple conversation amongst friends, and the idea just came to life.

“My goal honestly was for it to get to administration so they could know that the students really were serious about the entire situation,” Flippen explained.

That didn’t mean Flippen had the highest expectations about the petition’s outcome.

“Personally, I didn’t think it would have so many signatures mainly because I thought people would take it as a joke,” he said.

Although many comments were inappropriate and didn’t center around the immediate topic, the student body has been voicing serious concerns. Many students claimed they had responsible use when using the WiFi access, while some even said that it was essential to their performance in school.

“I used my phone for Kahoots, to search for information,”  said junior Valerie Nogueda. “The computers were just too slow and had too many tabs.”

Other students expressed a lack of WiFi as a serious safety concern, bringing up the past lockdown we experienced in September and how most, not even faculty, were able to get in contact with other students, faculty, and or family members.

“What if something happens and we need to contact someone?” said sophomore Dustin Armas. “It leaves us vulnerable.”

Principal Detrick McGriff announced late last week that an assembly is due to happen tomorrow, where they will be further addressing concerns about the WiFi.

“I didn’t think the district would take the petition into account, but now since we have an assembly next week I really wanna[sic] know what’s going to be said,” Flippen said.

According to Leo Desrosiers, Director of Technology Services at Norristown Area High, the guest WiFi was unlocked to accommodate the Red Cross shelter members during the past flooding Norristown experienced, and it was accidentally never relocked.

“[The guest WiFi] existed as a network for guest speakers and presenters that visit NASD to be able to access the internet on a temporary basis,” said Desrosiers, who went on to explain the guest WiFi server was never meant to hold the over 2,000 devices that had been simultaneously using it in the past weeks.

Desrosiers explained that implementing a WiFi server for students and staff would be more than just a yes or no decision from the district, but rather an in depth discussion.

“If we are going to allow them in the future, we will need a proper district policy to be adopted, and we would need to prepare our internal network and wireless systems to accommodate the additional load,” Desrosiers said.

Norristown Area High School may not be ready to have all the students onto the WiFi, but Desrosiers emphasized that it was not due to the students’ recent use. Rather, Norristown must figure out how to secure a network large enough to handle all of its students’ devices and also regulate that network.

Note (Oct. 12 1:30PM): A previous edition of this article characterized the comments on the petition as “a few jokes,” but after further investigation, the Wingspan has determined that it was a mischaracterization. Changes are now reflected in the current edition.