Scared Silly: Norristown Students and Staff Open Up about Their Strangest Phobias 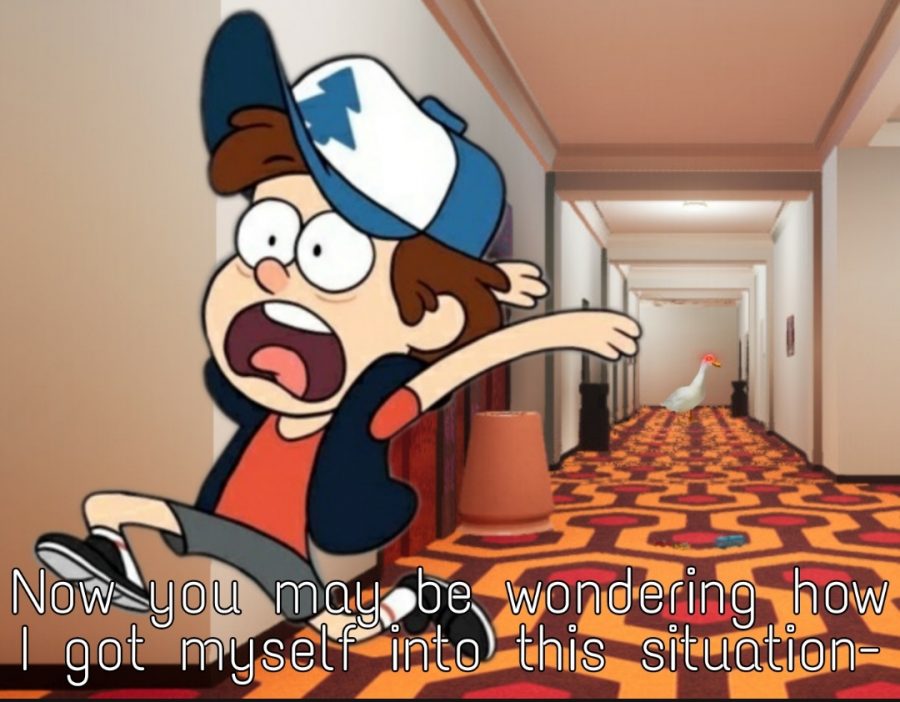 Most people have heard of common phobias, like the fear of heights (acrophobia) or the fear of spiders (arachnophobia), but there are different, less-talked-about phobias. Students and staff here at NAHS reached out to share some of the weirdest phobias I have ever heard of!

Let’s start off with Submechanophobia. I’m assuming that you are probably thinking: what is this? Well, this is a fear of partially or fully submerged man-made objects, such as ships, propellers, cars, and so on. The name “Submechanophobia” comes from the Latin word “sub” (under), the Greek words “mechané” (machine), and “phóbos” (fear).

I spoke with Wingspan writer Hope Mauch, who has this fear. As we were talking about this in class, Hope told me that they cannot trace where they got their fear from.

“All I know is that I think man-made things that are not boats or submarines look out of place in water and it makes me feel uncomfortable,” they said.

Like a lot of people with phobias, Hope isn’t impacted by this particular one all that much. “I probably would have a better time being in the ocean and I might find some of the old sunken things cool to look at,”  they said.  “But it isn’t something I come across every day so I don’t worry about it constantly.”

This may not seem like a difficult phobia to handle, but the person with this phobia might not know when it will come up, which makes it harder to handle.

“I handle my phobia by not looking at or thinking about the things that freak me out,” they said.

English teacher Ms. Colloton has xylophobia, which is a fear of anything with wood.  The name originates from Greek words “xylo” (wood) and phobos’ (fear). Some people with xylophobia may be terrified and revolt at the idea of touching, licking, or running their teeth along with wooden objects such as Popsicle sticks. Some people with this phobia might be fine with touching the objects but gag at the thought of having them in their mouths.

Ms. Colloton also cannot trace where she got this fear from but she does give us a little story from when she was little.

“When I was little my favorite treat from the ice cream man was something called a ‘cannonball,’” she said.  “It was like an Italian ice thing with a gumball at the bottom and always served with one of those flat wooden spoon things (cringe).  In my senior year of high school, I broke my jaw and had to have my mouth wired shut for ten weeks.  That changed how I was about food and other things”.

“If it’s something like a wooden kabob stick at a barbeque, I try to discreetly handle it and take everything off,” she said. She also stated that if she did not have this phobia she would buy more popsicle sticks for her kids.

Ms. Colloton said that she doesn’t encounter it so often that she feels the need to overcome it.  There are times when it’s worse than others, but she can usually avoid it. Depending upon who it was and the situation, she “excuses herself or simply averts [her] eyes and tries to concentrate on something else”. However, her family thinks this little pet peeve is hilarious, so sometimes they purposely do things to send chills down her spine or make her cringe about this. You now know not to have a popsicle stick or a wooden utensil near Ms. Colloton.

One teacher, who wanted to remain anonymous, spoke about their astrophobia, which is a fear of outer space, but she is mainly only scared of aliens. One memory that really stands out to her is that her class watched an episode of “The Twilight Zone” and things were being turned on and off at random and people were turning on each other, but there was a group of aliens at the top of the hill and they were the ones controlling the technology and driving people mad. “It was terrifying to think about and as a 10-year old, I had myself pretty much convinced that it could happen in my own neighborhood!” she said.  “It took me a couple of days and a lot of convincing that there were no aliens hanging around for me to feel semi-normal”.

There are many different ways to handle your fear but she said that “one of the upsides is that this phobia rarely arises during my day-to-day life now that I am an adult. But if I am met by a discussion or media (pictures, movies, etc) surrounding the topic, I usually find a way to excuse myself from the situation. If I am unable to leave, I’ll say something like, ‘This discussion makes me uncomfortable, let’s change the subject,’ and that usually works! Most of my family and friends are well aware, so it has been a long time since anyone has questioned it.”

The teacher spoke about what life would be like if she did not have this phobia.

“I could apply to go to Mars with Elon Musk. Watch ‘E.T’ on a vintage movie night,” she said. “Peacefully drive through the cornfields of a nondescript Midwestern town at 2:00 AM… Cliches and tropes aside, I do think it would be a lot more difficult if this strange phobia of mine stood on a more prevalent topic”.

Like Mauch and Colloton, she also spoke about not needing to overcome her fear. She said, “I am honestly not sure! I will say that over the years, I have managed potentially unsettling situations far better. I am better able to separate my issue with aliens as being genuinely about abductions and little green Martians as opposed to being knowledgeable about or accepting the incredible progress we’ve made with space exploration during my lifetime. In the handful of instances that I have been questioned about why aliens give me the heebie-jeebies, explaining my stance ( space = cool, aliens = not so much) tends to be an acceptable response for most”.

Ms. Lavetsky said she handles her fear by going to another room when her husband eats certain foods or she gives him that wife look to let him know that she can’t believe he would dare eat that item near her. She doesn’t see the irritation of her husband eating pretzels, animal crackers, carrots, etc. ever so she is learning to put up with it. Her husband is known as the “aggressive chewer” in her house.

If someone came up to her with a sound that irritated her, she would “kindly and respectfully” remove herself from their presence and she may explain this feeling she has to the individual.

As you can see everyone does not just have a common phobia/ irritation, some people have a weird phobia that may be interesting like these ones.  However, we can see that many of these strange phobias are manageable since what makes them strange is the fact that they don’t come up too often.