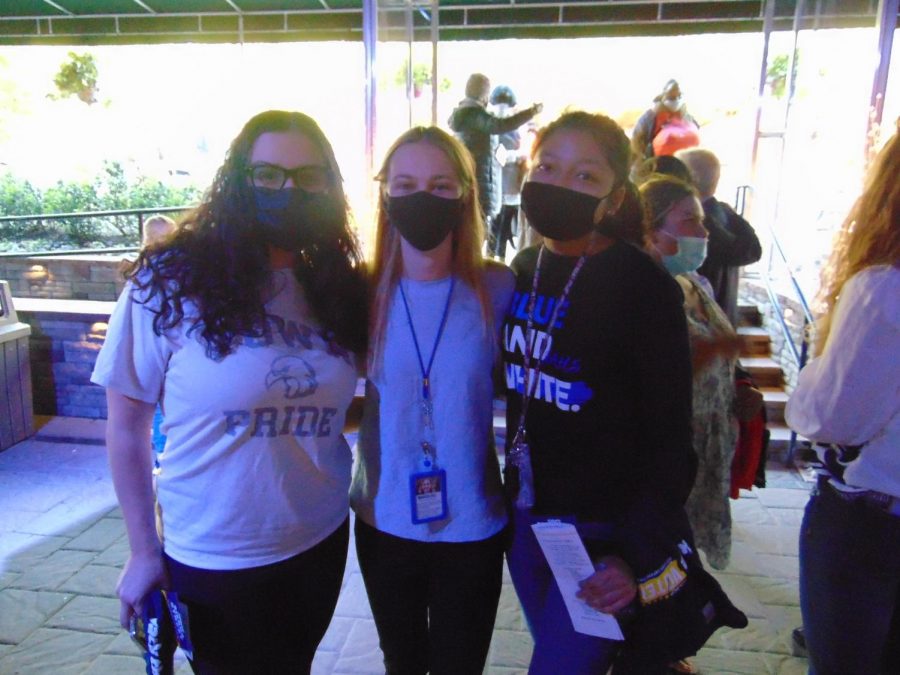 Students and alumni from Norristown Area High School got a taste of local politics by attending the NAACP-held Norristown Primary Meet & Greet at the Elmwood Park Zoo on March 12. The event gave students an opportunity to meet and interview some of the candidates running for local offices, such as school board and council.

Before the event started, the attendees were able to mix and mingle amongst themselves and the candidates. There were stands that were promoting a specific candidate, and you could get shirts that represented a candidate.

The students who attended, representing Young Scholars and Norristown’s politics club, felt as though the event was very important, serving as a great opportunity for them to see what some of our local candidates were like. “This is a really good event for young people to be at, and it’s good because sometimes people don’t realize how important voting is on a local level,” said Layla Chaaraoui, junior.

Ashley Carmona, junior, also spoke with candidates after the event with Chaaraoui. “I like this event because you get to see who they are and what they’re really passionate about,” said Carmona.

Junior Lewin, junior, pointed out the importance of getting more school representation at these events. “I feel more students should’ve been there, even though we can’t vote yet,” he said. “There was only four of us there. It was nice to see and meet some of the people who were running.”

There were about 20 candidates, most of whom were very nice and courteous.

One attendee, however, felt as though there was a lack of diversity in the candidates, and it did not properly reflect the population of the Norristown area. “The diversity here is horrible, our district and our school is primarily black and Hispanic, and all you see here is white and black,” said Norristown alum Gloria Lumbrano-Torres.” While there were Hispanic candidates present at the event running for major offices like school board and council, Lumbrano-Torres said she wished there could have been a larger Hispanic presence at not only the event but even in the list of candidates.

The event began at 6, where each candidate gave a brief synopsis of what they wanted to do. Some just gave a little inside information on themselves and their families. When each person was finished talking, we were allowed to roam around, get shirts, or some of the little snacks that they had while talking to each other. This event allowed the people there to learn more about who was running for what, and what they could offer.

This event was more for us to interact with the candidates and ask questions on our own. The event ended at 8, but some people stayed and talked a little longer, it was a very social event and it was a way for people to meet and interact with candidates before the election last Tuesday.

The NAACP will also be hosting a Juneteenth event at the zoo on Sat. June 19.