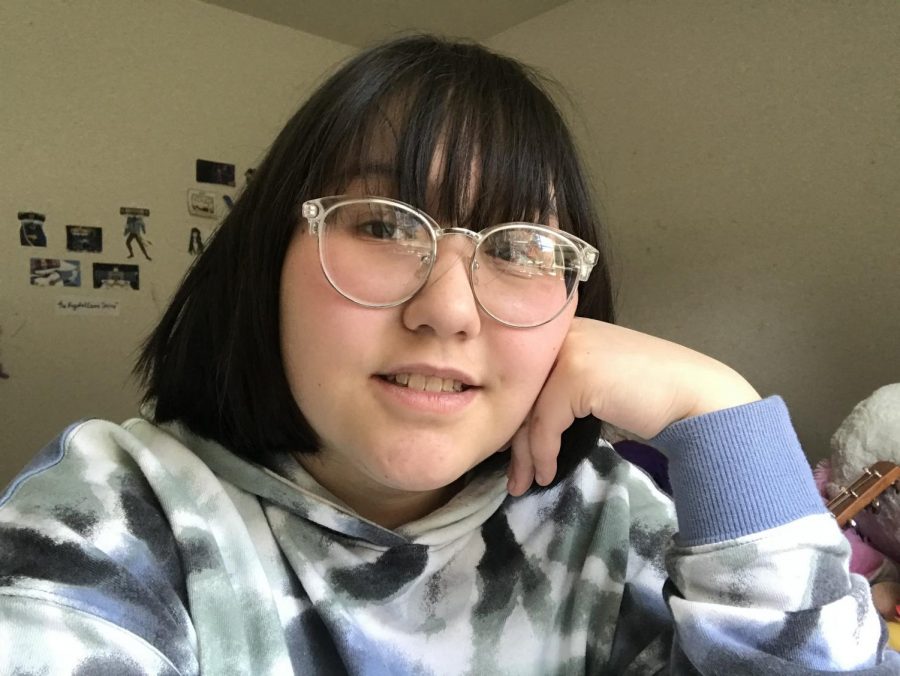 The Renaissance was an era in European history that valued a person who could be an expert in many things. Some people believe it ended long ago and that there is no trace of it left, but it is still living on through people like Norristown sophomore Jacey Captis. She voice acts, sings, dubs, and creates motion graphics, but she puts it all together running her own YouTube channels, which features songs, art, song covers, and short little videos to make you laugh! If you ever doubted there was an example for a Renaissance person in this day and age, doubt no more.

While juggling school life and home life, which is hard enough on its own, Captis works hard to keep two YouTube channels up and running. She has to post videos frequently enough to make sure audiences don’t forget about her channels while also not posting so often that it becomes obnoxious.

“I’d say the entire ‘release week’ that I have going on is definitely a bit of a reach for me right now,” Captis said.  Luckily for her, it’s something she not only knows how to do but also something she actively enjoys.

“It’s definitely something that I can enjoy challenging myself with,” Captis said

Her YouTube channels is an outlet where she can just put anything that she wants out there, open for the world to listen to, allowing her to share her skills with as many people as possible. Not to mention, it’s a place where she can be comfortable just being herself.

“If what you are doing is not making you happy, it’s probably not worth doing,” Captis said.

Voice acting was where Captis’s journey started. When she was younger, she would repeat some of her favorite lines from her favorite shows. Then she tried replicating their voices, and soon she was a pro at it. Over time her fascination for it grew.

Voice acting really blossomed for her though, when she went to “Thy Geekdom Con.” in 2019 to see Kira Buckland, a popular voice actor, who is cast for many shows including “JoJo’s Bizarre Adventure: Diamond is Unbreakable,”  “Yo-kai Watch,” and “Sailor Moon,”. There, Jacey found a voice acting panel, and after staying there for a bit, she realized this is what she wanted to do.

“I guess it was just really fun to show people that, hey, I’m capable of this,” Captis said.

Soon Captis embarked on her first official endeavor, which was doing a dub of the first episode of “Jojo’s Bizarre Adventure: Golden Wind,” in which she played Trish Una, with some friends online.

“Although the project never got past the first episode, I still treasure it to this day,” Captis explained.

Captis also enjoys animating motion graphics, a popular form of animating that focuses on graphic design, to make characters and words come to life, either for herself or others through requests and commissions, like this one she did with Saki for a Secret Santa a video she worked on with Star Beats, as a cover for a song.

Singing is also one of Captis’s favorite things to do. She says she can sing anywhere at any time. It went hand-in-hand with her learning to voice act, resulting in both of them having a positive feedback loop on one another.

“Singing is one of my higher priorities. I am a bit of a musician,” Captis said.

Captis loves what she does and isn’t afraid to show people. She knows who she is and is proud to be herself, no matter what anyone else says. She’ll go wherever life takes her and know she can do whatever she sets her mind to.

Captis clearly lives her life by one of her favorite quotes, which comes from the character Venti in Genshin Impact: “Each day with you is an adventure, and where adventurers go, storytellers must follow!”