How We Dress Ourselves in Gender Roles 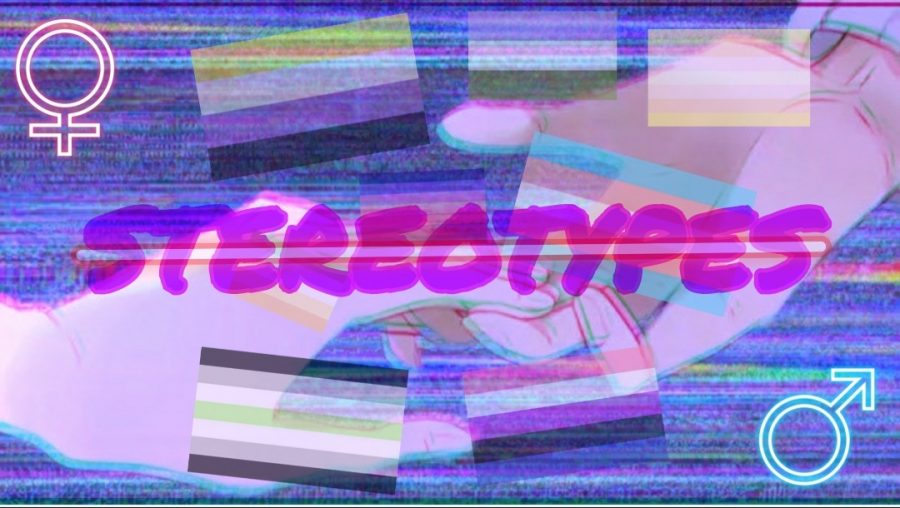 The thing about me is that I like to ask “Why?” a lot. The questions I would ask could usually be answered with simple science; however, some questions can’t be answered that easily. When this happens, I seem to either never have the answers or I just make up my own answers. The biggest question no one could ever give me a real scientific answer to is “Why are gender roles the way they are?” There is no real scientific answer to this question. I usually get a response that makes no sense and leads to more questions. Some would say it’s because men need to work and women have the organs to make babies, but I think that has to be the worst answer I’ve ever heard.

Gender roles are all around us, and we don’t even notice most of them. In fact, we are often dressed in our assigned gender as soon as we are born. Most times when you hear someone is having a baby girl, you get them something pink, and for baby boys, you get them something blue. Baby girls are dressed in more skirts and frilly things while baby boys are dressed in shirts and pants and somewhat basic outfits.  This is just the aesthetics of things but it still plays a role in gender. Most parents don’t let their children express themselves and basically, they put them in a box based on their sex.

In the 1920s, the color pink was considered “stronger” and more suitable for boys. This is a gender role on its own because boys are not stronger than girls. Blue, on the other hand, was considered more dainty and thus a “girl’s color.” There was no actual scientific reasoning behind this; people just thought pink looked more masculine, so they put it on baby boys. This all changed in the 1950s when First lady Mamie Eisenhower loved the color pink and wore it quite often. While she could have worn it as a bold gender criticism statement, it wasn’t taken that way. Mothers saw this and started dressing their baby girls in pink and baby boys in blue. This is how pink was feminized and blue was masculinized, and this distinction has stuck with society ever since.

Giving genders their own colors isn’t just with clothes,  as almost everything seems to come in two sets of colors. It also is the color of toys. When you go into a toy section, there are separate sections for boys and girls. Boys usually have cars, trucks, and trains, while girls have dolls and princess dresses. You may notice the same items but in different color schemes: pink, orange, and purple for girls and blue, green, and red for boys. This also is the case with many other goods such as bedsheets and room decor.

Colors aren’t the only thing that society has put genders on; clothing has been gendered as well. Women have been made to wear skirts since forever. Women started wearing pants in the late 19th century, but it did not become acceptable by society until the late 20th century. This is not that long ago. Even in the 1960s when my grandmother was a teacher, the dress code for female teachers was a skirt and heels all year round. It makes no sense whatsoever. If you think about it, biologically and physically, women should wear pants and men should wear skirts and dresses. It should be the other way around, right?

Now the bigger realization hits: there are more than two gender identities. There are male and female, but also transgender, non-binary, agender, gender-neutral, pangender, genderqueer, third gender, and gender fluid. These are just the ones that are most known, but there are many many more that I can list. Gender identity is a whole spectrum that everyone falls upon differently. With the knowledge that there are more than two gender identities, we might ask even more questions: What colors do we give to people who don’t identify with male or female? Do they wear skirts or pants? This is what society asks, and the truth is, it doesn’t matter. Society just wants things to be easy, but that’s not how life is.

The person you are is dictated by the choices you make. What you choose to do in life shouldn’t be viewed through a two-colored lens. The world is your canvas, so go out there and color it how you want.