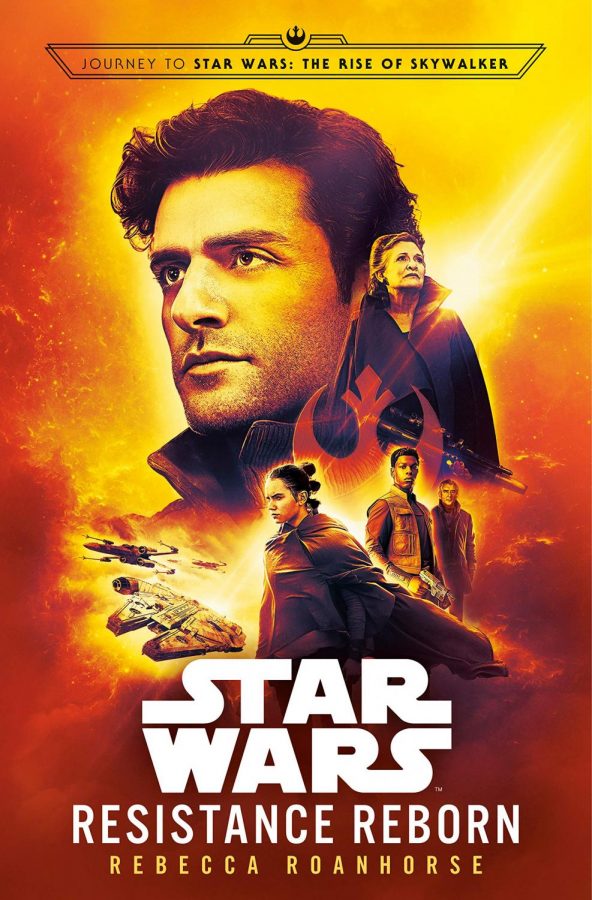 With the recent release of “The Rise of Skywalker,” the saga is now complete. We now know how the Resistance dealt with the First Order and its drive for power, but we don’t know how it got the courage to fight. Rebecca Roanhorse’s novel “Star Wars: A Resistance Reborn” has the answer you’re looking for.

“A Resistance Reborn” tells the tale of our heroes between the ending of “Star Wars: The Last Jedi” and the beginning of “The Rise of Skywalker.” After the events of “The Last Jedi,” Rey, Poe, Finn, BB-8, and the rest of the Resistance are almost annihilated by the First Order, but they barely escape to safety. The Resistance is now weak with no allies whatsoever. Leia sends Poe and the rest of what’s left of the Resistance to persuade potential allies to help fight against the First Order. While the Resistance is trying to recover, the First Order is continuing its search for more power. Winshur Bratt, the executive records officer of the shipyards, is tasked with organizing records into their proper sections. Weirdly enough, the records are untagged which confuses Winshur. I cannot go on without spoiling, but I can assure you that it is now a race for the upper hand that will change the war’s outcome.

The book sets up “The Rise of Skywalker” in a way so you’re not confused about what happened since “The Last Jedi,” but you understand the Resistance and First Order’s position in this war. What isn’t set up is the recent deaths in the story-line. It was touching to read about how the characters take Han Solo’s and Luke Skywalker’s death. Each character responds to the deaths differently and reacts in their own way. Poe is miserable, as he blames himself for leading the Resistance into a massacre, but Leia is empowered and becomes hopeful for the end of the war to come soon. Being able to read exactly what is going on in a character’s mind makes the book more engaging than watching the movies.

There was never a point at which I became lost as to where the plot was going. I was always interested in the next move a character would make, even if that move was as simple as speaking to another character. Small moments like Rey giving Leia tea even carried an emotional impact due to the strength of the dialogue: “Well, you were right, and I insist you stay. I could use the company, and you’re making me nervous standing there. Please.”

The novel puts the reader in a position in which they feel as if they are standing in the room with whatever is happening. The description of the room and scenery would flow with the dialogue bringing you into the story. The imagery in the text is so vivid, I could put movie scenes together in my head and add the details described. For example: “Poe dropped out of lightspeed above the planet Ephemera and marveled. BB-8, secured behind him, beeped and hummed. ‘It is beautiful,’ Poe agreed.” Poe in his X-wing with BB-8 in the back reminded me of Anakin and R2-D2 in their X-wing. Writing like this showed me how vast a scene’s potential is when reading it as opposed to watching it.

I really loved how grim the story would become at moments too. The movies seem to hide the grim aspect of war, but the book instills that aspect, letting the reader know there’s a lot at stake.  Writing like, “The exploding TIE didn’t even make the evening news feed, and by the next morning, it was all but forgotten” gives me the idea that winning the war at all cost is what really matters. I’m not used to Star Wars being this grim either which is unique to me. I like this aspect a lot as it shows how serious Star Wars actually is.  The movie seems to block that aspect out, but the novels, especially this one, don’t.

Though the book is a great read, I had moments in which I was disappointed with its lack of creativity. Some of the dialogue felt childish and unreadable, no pun intended. While I at first enjoyed seeing a lot of characters, there were too many characters for me to recognize and keep up with. Who is Winshur Bratt and why was he made significant? Don’t get me wrong, following someone who is in the First Order was awesome, but I couldn’t care less about a records officer.

The novel’s use of foreshadowing was also drawn out. On one page the Resistance is feeling down about its position, but on the next page, it is realizing how important it is to the citizens of the galaxy. If I could change something about this book, I’d change how on track the book was. I felt that it followed the “heroes are weak now, regain power, and come back better than ever” pattern. A bit of sidetracking–maybe a chapter about Kylo Ren– or an unexpected detour would have been a great addition. I also would appreciate a bit more drama and grim details.

“A Resistance Reborn” is, all in all, a bonus story to the Star Wars story-line. You do not need to read this book if you want to enjoy the franchise, but reading the book does give you background knowledge about the Resistance and New Order. If you would like to fully analyze this Star Wars story-line, then this novel is what you’re looking for. Otherwise, skip this read and stick to the movies.