The Force Is Just All Right with ‘The Rise of Skywalker’ 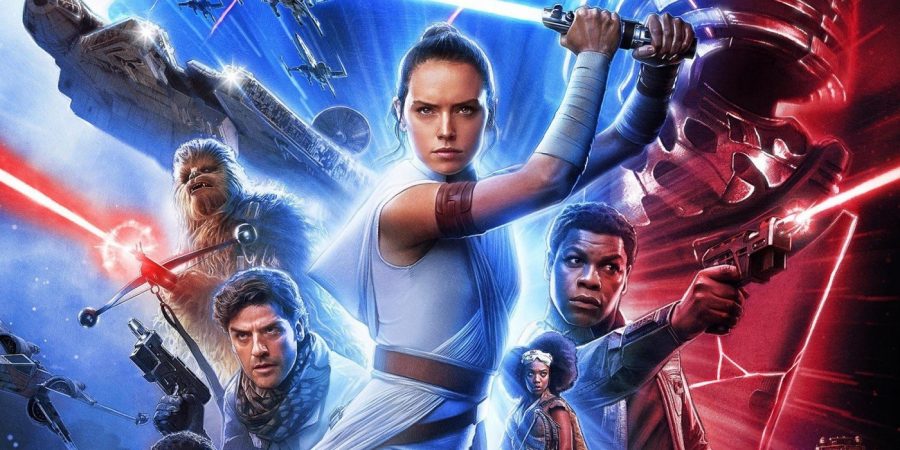 It is safe to say that 2019 can now come to a happy end with the release of  “Star Wars: The Rise of Skywalker.” Many questions were answered, fan-favorite characters returned, and Finn continues shouting for Rey. With the release of both “The Mandalorian” television series and now this movie, December was quite fun for a fan that has watched the entire Star Wars series multiple times.

I was captivated a few times throughout the film. The plot was unexpectedly expected. We all knew the good guys would win, but we didn’t know how they would win. The intense connection between Rey and Kylo had me on the edge of my seat wondering what would happen after their “force” conversations. The emotional impact is definitely felt all throughout the movie with Rey trying to discover herself to Kylo feeling conflicted with who exactly he is. Both characters deal with the same internal conflict with the only difference between the two being by what and whom they are influenced. Both characters test their power with the force and reach new abilities. New characters are introduced while characters from the earlier Star Wars films make an appearance. The ratio of action to dialogue is just right. The plot is focused mainly on the Resistance and First Order trying to find Wayfinders, which will lead them to Exogol, a planet that I cannot tell you any more about without spoiling the movie.

I will admit that I was disappointed with how emotionally weak Kylo Ren was in “Star Wars: The Last Jedi,” but he redeems himself in “Star Wars: The Rise of Skywalker.” His grandfather is Darth Vader, so I expect Kylo to be just as ruthless. He is more emotional and isn’t as strong as Darth Vader was, but nonetheless, he is well on his way figuring out exactly what he wants for himself. It is understandable to see why he is more emotional than ruthless, but I wanted to see him kill more people without thinking twice. My favorite character has always been Darth Vader simply because he has made decisions that require a lot of willpower, looking past his emotions.  The willingness to commit the action that no one else will take is what makes someone a true villain. Kylo Ren is Vader’s grandson, so I expected nothing less from him; in fact, I actually expected him to be more ruthless! He simply does not live up to the villainous expectations set by his predecessor.

On the other side is Rey, who believes she isn’t good enough to be a Jedi while everyone tells her she is. I kept yawning and wondered when I’d see Kylo Ren do something vicious. My expectations for Rey and Kylo were not met. I watched this movie all winter break, and I remember thinking to myself,  “Oh my goodness, where is the confidence?!” The whole self-exploration trope is so boring now. Everyone is trying to figure out who they are and I’m sick of it. It was just dragged out and I was getting tired of the main characters’ lack of confidence.

The movie relies on familiar tropes rather than seeks originality. We all know the good guys win, but I actually would have loved to see the First Order win in this film. This would not only have created an ending that we’re not used to but a chance to create another Star Wars story. Such an ending may sound disappointing,  but even in darkness, the film could end with a light of hope for the Resistance.

Despite its unoriginality, “The Rise of Skywalker” did feature aspects I all out loved and did not expect. Ask anyone I know, and they’ll tell you how much I’ve been talking about the red stormtroopers. They fought for the bad guys and had jet packs! Fans have seen white stormtroopers for years, but to see a red one?! That not only blew my mind, but I screamed with excitement when I saw one fly through an explosion. Just having them flying around made the First Order look both grimmer and more visually stunning.

The film’s score was amazing as well. It was the score composed by John Williams you always associate with Star Wars, but this version had a new modern twist to it. The sound carried a soul-touching piece to it, which made every moment more rejuvenating, providing a sensation of hope in a dark Star Wars episode.

“Star Wars: The Rise of Skywalker” may not be a great film, but it’s not a bad one either. There’s only so much a ninth movie can include, and despite my disappointments, I believe it delivered overall. In fact, I enjoyed this movie more each time I watched it. I loved how evenly distributed the focus of the movie was, but I hated how quick the focus moved from one situation to another. Being a huge fan of Star Wars, I can see how this episode could have been better, but I am happy with the result of the film.