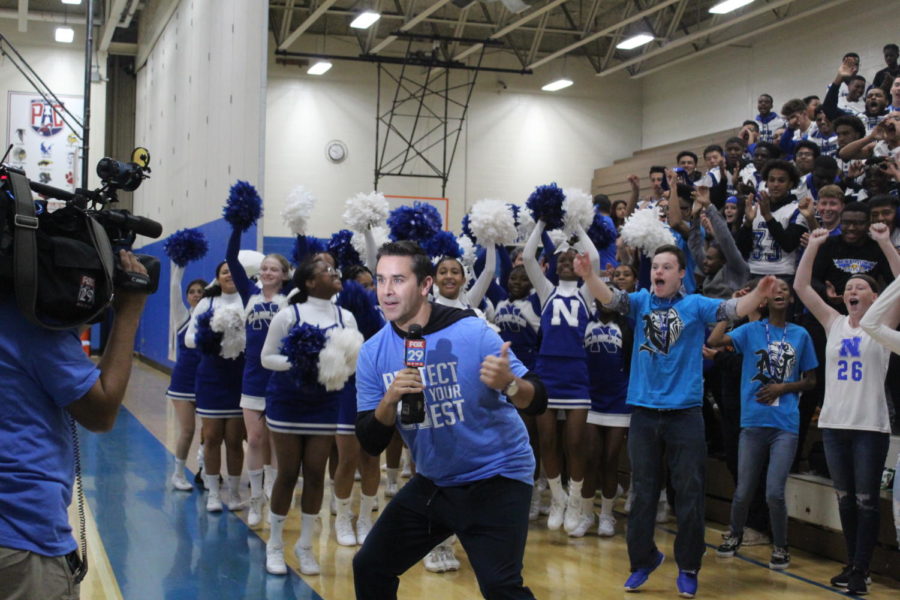 The Norristown crowd shows off its spirit on Fox 29.

Norristown Area High School was contacted by Fox 29 News to set the event up in a matter of days. The event was difficult to plan because the school didn’t want to make a huge deal out of something that might not actually happen. “Preparing for this was a bit tricky,” said Roth. “We did not get confirmation that [Fox 29] were coming until about 11am the day before.”

Many Norristown students had faith and believed that their team would put up a win against PW, making their projections of how the game could play out. “I really think that we have a 50/50 chance that we can win, as long as they give it their all tonight,” said senior Joselyn Moreno-Mendez.

Senior Ruben Morales Hernandez also liked Norristown’s chances that day. “As long as our football team stays in tact, plays their best, and if they don’t allow their offense to do anything then I do believe that we will win.”

Even though the game ended with a score that was unfavorable towards the Eagles, Roth viewed Norristown’s loss in a different light. “I was excited for the game, which definitely did not play out the way we wanted it to,” he said. “I think it gave time for some of our more involved students to come together and have fun, learning how to show school pride as an organized student section.”

Roth also believes “that we will see the benefits of that [coming together as a school] this Friday during our first night game.”