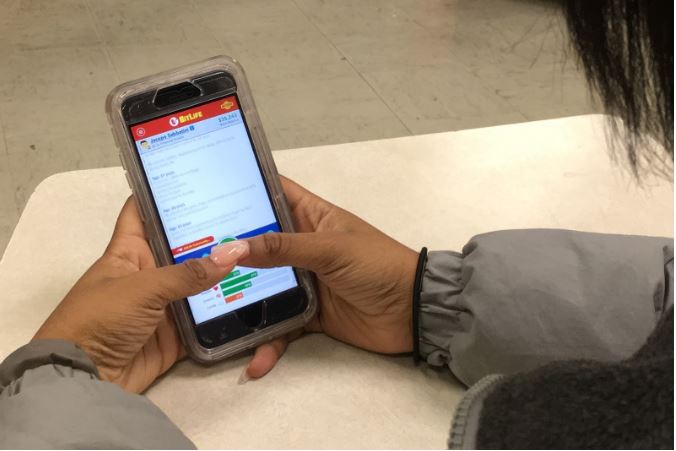 Wingspan writer Jon'nette Kidd descends into the trappings one of this year's most addictive mobile games.

In a time full of emotional and political travesties not only in America, but all over the world, people are grasping at whatever sort of control they can gain. Whether it be cleaning your room, or dyeing your hair – we’re all just trying to have at least a semblance of order within our lives.

Now, enter BitLife, a life simulation mobile game which allows you to customize, randomize, and memorialize your “Bit-lives”. BitLife is a game where you have a randomized name and character, and are expected to live this new life to the fullest. The actions you make very much impact your life, and sometimes will choose whether you live or die. (…In the game, of course.)

The game is sweeping across the world as one of the most addicting apps, at least in my opinion. Once you’ve started your first life, you never want to stop.

Because the real world is so hectic and unexpected, people (like me) turn to whatever substitute money can buy (in this case a $1.99 Bitizenship subscription). According to my phone’s screen time I spend over an hour and a half playing BitLife a day. I know what you might be thinking, “An hour and a half is not a lot.”, and it’s not – but to just stare at your phone for multiple hours every day and play a monotonous game nonstop with no real end goal is truly alarming to  think about.

I still remember the first time I ever played BitLife. It was seventh period World Cultures, and I didn’t have an iPhone, but my friend did (it was only available on IOS at the time). So naturally, I was snooping on her phone, taking pictures, playing games – when suddenly I stumbled upon a bright red app with a sperm cell on it.

An internal war raged in my mind as I struggled between paying attention in class and playing this seemingly interesting game. I was weak, and the red on the cover was so bright.

I opened the app.

I was greeted by a “life” my friend must have never finished and I tentatively asked, “Can I play it?” She said yes. It was all downhill from there.

When I finally got an iPhone, a deep ridden euphoria coursed through my veins and my fingers were lightning fast as I downloaded BitLife.

I immediately played it for 3 hours straight.

For days I spent playing life after life, quickly becoming more obsessed with the interactive game and itching for another fix, and even growing irritable if I didn’t play it for more than a day.

At the time, BitLife was my favorite (and only) pastime. Each night carried dreams of the game, at breakfast my fingers itched to tap on a screen. Fantasies of new lives spiraling around in my head- all I wanted to do was play this game.

Classes were failed (Okay, maybe I just missed one or two assignments). Friendships, lost (Okay, so I might have yelled at my friend in seventh period for not letting me play.) At one point, I had become so involved in this game that no one could tear me away from my phone.

At one point, an intervention attempt was made. My friends took my phone and explained that if I wanted to keep my grades up, I would stop playing this game – but my love of BitLife outweighed the love of my friends and family.

I didn’t play the game for three days.

THREE DAYS? You might ask. Appalling, I know, but truly all motivation to play the game was lost, I just found myself uninterested. Even the mere mention of the game had me annoyed, and without explanation, it seemed like having the opportunity to play the game all the time resulted in my depreciation for the game.

I began to hate it and I didn’t even have insight on why.

A reverse withdrawal, the doctor called it, but it felt like I was a motionless zombie coasting through life. BitLife no longer excited me, and nothing had made me as happy prior to, so what was left for me?

After a while of this meandering, I decided to give it another chance. At this point, I hadn’t played the game in a week and a half, and I was desperate for the relief that it may bring.

It wasn’t long before I fell back into the downward spiral. This time it was worse than before. I played it every chance I got. I woke up in the middle of the night, sweating and yearning to check my phone just so I could make sure that my Bit-life was going well. At one point, I had a dream that my virtual character died without my knowledge. Horrifying.

I asked around to see if other people experienced an obsession with the app as well, and while nobody’s experience was as extreme as mine, a lot of people agreed that it is a very addicting game. It is currently right next to Cat Condo as being one of the most entertaining apps in my opinion, BitLife brings an entirely new aspect to daily gaming for teenagers.