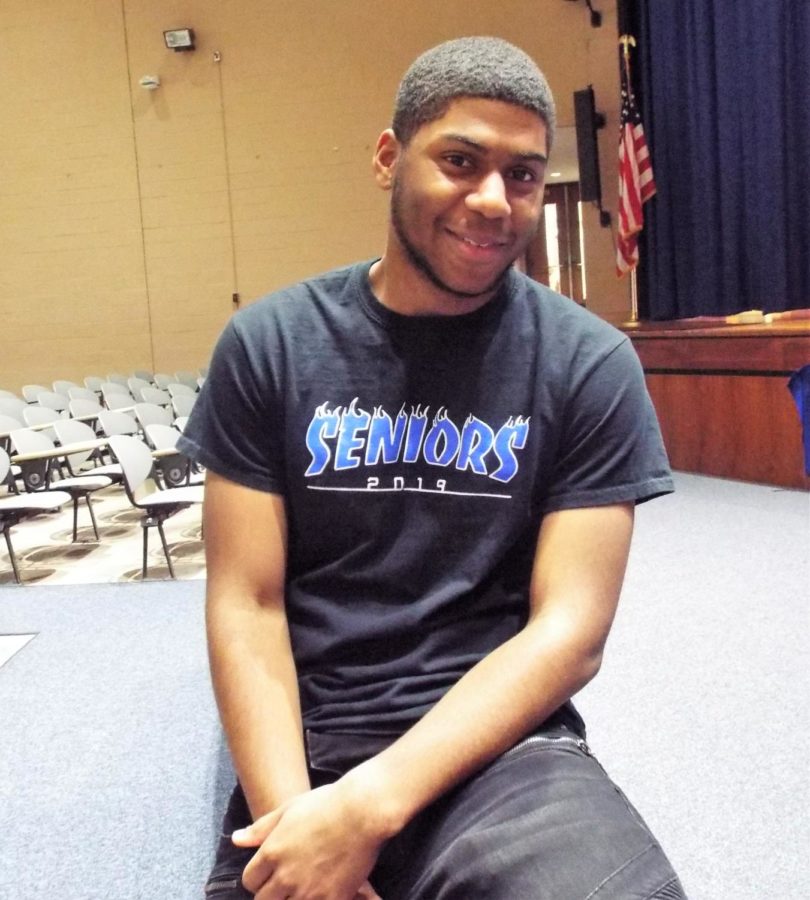 Born in Abington PA, Doje Toussaint grew up in Germantown, Philadelphia and moved to Norristown, where he was able to see a the Mr. Norristown production, peeking his interest in entering the competition when it was his time.

“I like Norristown. I don’t mind staying here, unlike other people who plan on leaving,” said Doje. Throughout his 4 years, Doje would describe his experience at NAHS as “eye opening” and different. Doje also involves himself with after-school activities such as Black Student Union (he is the treasurer), band, drum line, and the Chick-Fil-A Leadership Academy program. When Doje lived in Philly, he felt his schools’ student bodies were homogeneous, so he loves the diversity and culture NAHS brings.

Before graduating, he wants underclassmen to know this: “You don’t need to follow the crowd, but you should worry about your education first and take it seriously. It all builds up at the end of the year, so don’t slack off.”

With his creativity and imagination, Doje plans to show students who he really is. Will Doje win the crown? “I think I have a good chance to be runner up,” Doje stated. “Top 3 possibly. I’m confident, but I don’t want to be too confident.”